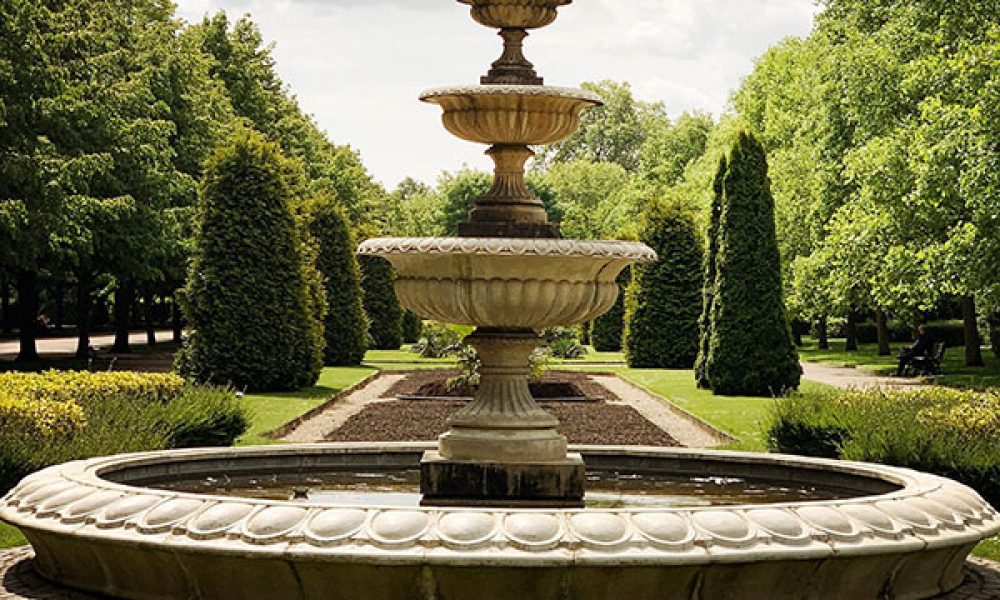 The Avenue Gardens are found in the south east corner of Regent’s Park. They are two distinct gardens, comprising a formal Italian Garden and an adjacent English Garden.

Visitors coming from Euston Road, Great Portland Street and Regent’s Park Underground stations are most likely to walk up Park Square East and enter the Park through the unremarkable gate at the south east corner of the Outer Circle. Chester Road forms the northern boundary of the Avenue Gardens. To the west are Marylebone Green and a children’s play area, and to the east, the Outer Circle.

The Italian Garden was designed by Victorian garden designer William Andrews Nesfield between 1863 and 1865. He lived and died nearby at 3 York Terrace, and was famous for his cascades and parterres. Although officially part the Avenue Gardens, these gardens are often referred to as the Nesfield Gardens.

The successful restoration of the Italian Garden in the 1990s reintroduced formal walkways with long perspectives, punctuated with elaborate urns and tiered fountains. Despite their impressive scale, the Italian gardens still feel intimate. The garden design is about straight lines, circles, and repetition. Evergreen hedges and cypress-like bushes create a sense of order and calm. The seasonal bedding schemes, on the other hand, are vibrant.

The formal Italian Garden is one of the best locations in the park to see seasonal bedding plants in the Victorian style. The beds around the Lion Tazza in particular, are unmissable. The Royal Parks have recently taken steps to improve the drainage in the Italian Garden. Hopefully this will help the lines of ornamental bushes that are an important design feature in the Italian Garden to thrive.

The term ‘English Garden’ refers to the grass lawns and the mound to the east of the Italian Garden. In the 19th century the Avenue Gardens were open to the public, and, like today, drew large crowds particularly at weekends. According to Edward Walford writing in ‘Old and New London, Volume 5 (1878)’, what attracted ordinary Londoners to the English Gardens was music.

“The park is always full, but on Sundays and holidays it really swarms with pleasure-seekers, who find in its trees, grass, and flowers a very fair substitute for the fields of the country. During the summer months a band plays on Sunday afternoons on the green-sward by the side of the long avenue, and is the means of attracting thousands of the working classes thither.”

These concerts were held in the English Garden. Today they take place at the Bandstand.

The English Garden was created by Andrew Nesfield’s son Markham between 1865 and 1867 to incorporate meandering paths, trees and shrubs. In the gardens are some magnificent flowering trees, and in spring you will see people from all over the world observing the Japanese custom of Hanami, celebrating the transient cherry blossom. The garden was restored in the 1990s, and is planted with trees that would have been familiar to visitors the 19th century. For example, a monkey puzzle tree (Araucaria Araucana). During the annual Frieze Art Fair, the area becomes a sculpture garden.

Until Nesfield designed the Italian Garden, incorporating the southern end of the Broadwalk in his plans, the Broadwalk reached the Outer Circle in the south.

Now it begins at Chester Road in the south, but still extends past the zoo and to the entrance to Primrose Hill in the north. To the east of the Broadwalk, on the mound at the Chester Road end of the English Garden, you can find the original boundary stone between the parishes of St Pancras and St Marylebone.

A plan of the park published by Edward Mogg in 1833 shows that the Broadwalk was originally planted with four rows of trees on each side. According to The Royal Parks website, however, the trees ‘did not thrive’. Perhaps the chestnut trees that failed did not appreciate having their roots in the heavy clay soil that is prevalent in Regent’s Park. The area previously known as Marylebone Fields seems always to have been muddy. In 1835, Thomas Walker, in a magazine called ‘The Original’ that he wrote entirely himself, wrote:

“The beauties of the Regent’s Park, both as to buildings and grounds, seem like the effect of magic when contrasted with the recent remembrance of the quagmire of filth and the cow-sheds and wretched dwellings of which they now occupy the place.”

The following anonymous article was written in the Gardener’s Chronicle and Agricultural Gazette in 1863, when Nesfield incorporated the south end of the Broadwalk into the formal Italian gardens.

“Once upon a time, a pedestrian, happening to find himself, some sultry summer’s day, in the neighbourhood of the Regent’s Park, and desirous of pleasant exercise while inhaling the cool and freshening breezes which he might hope to find sweeping down from Primrose Hill, could have strolled the whole length of the park from south to north – a goodly promenade – under the shade of lines of trees of, we suppose, some 40 years’ growth. On either side of a gravel walk of noble proportions, he would have found Horse Chestnuts, Limes, and Elms in quadruple ranks, forming three umbrageous avenues, with seats at intervals, the trees always furnishing a most refreshing shade, and at certain seasons superadding a most delicious sweetness ………… The large Chestnut trees which lined the path have been cut down, and in their stead, the ground has been attractively laid out, and filled with the choicest shrubs and flowers.”

This description will be familiar to many people. 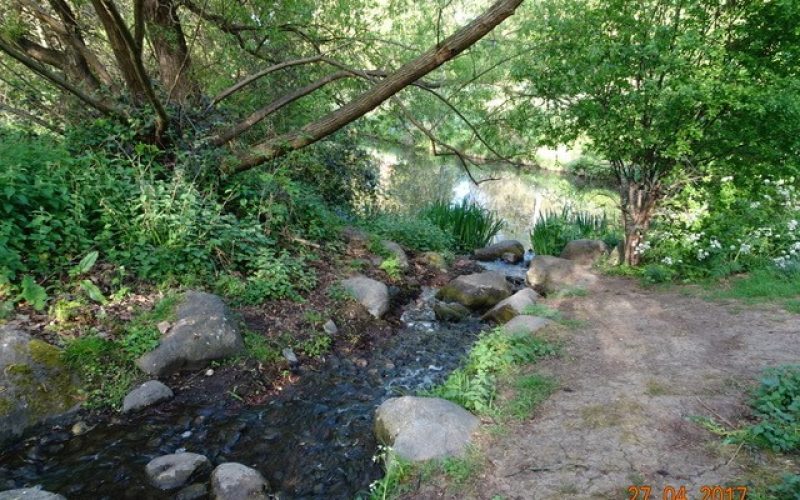 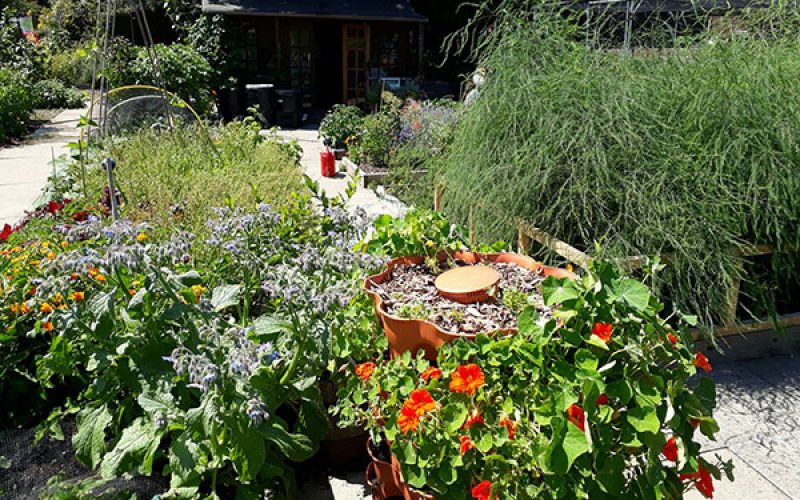 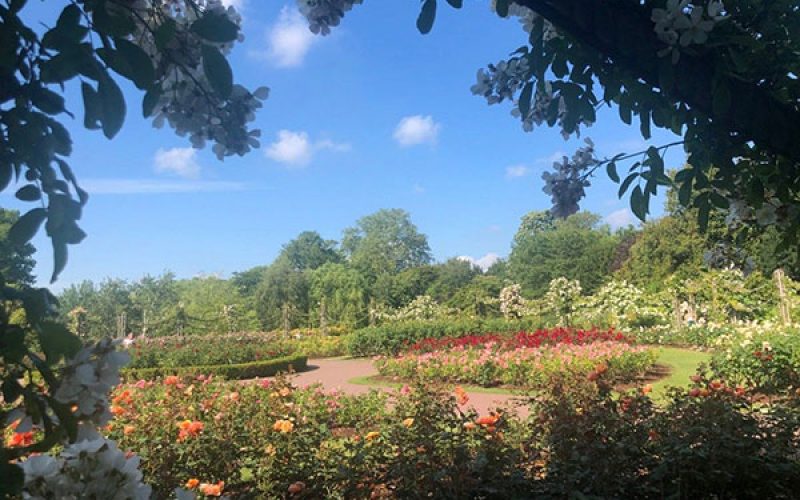 Thank you to our sponsors

This website uses cookies to improve your experience while you navigate through the website. Out of these, the cookies that are categorized as necessary are stored on your browser as they are essential for the working of basic functionalities of the website. We also use third-party cookies that help us analyze and understand how you use this website. These cookies will be stored in your browser only with your consent. You also have the option to opt-out of these cookies. But opting out of some of these cookies may affect your browsing experience.
Necessary Always Enabled
Necessary cookies are absolutely essential for the website to function properly. These cookies ensure basic functionalities and security features of the website, anonymously.
Functional
Functional cookies help to perform certain functionalities like sharing the content of the website on social media platforms, collect feedbacks, and other third-party features.
Performance
Performance cookies are used to understand and analyze the key performance indexes of the website which helps in delivering a better user experience for the visitors.
Analytics
Analytical cookies are used to understand how visitors interact with the website. These cookies help provide information on metrics the number of visitors, bounce rate, traffic source, etc.
Advertisement
Advertisement cookies are used to provide visitors with relevant ads and marketing campaigns. These cookies track visitors across websites and collect information to provide customized ads.
Others
Other uncategorized cookies are those that are being analyzed and have not been classified into a category as yet.
SAVE & ACCEPT